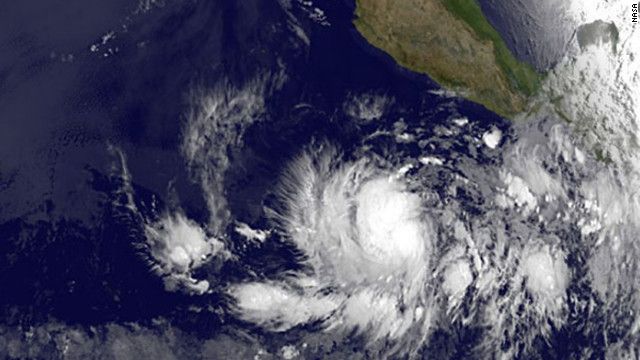 Hurricane Bud strengthened to become a Category 2 storm today as it churned toward the southwestern coast of Mexico, the National Hurricane Center said.

Bud has maximum sustained winds near 180km/h is moving north-northeast near 15km/h, the center said this morning NZT.

Some additional strengthening is possible today. Weakening “should begin tonight or early Friday [US time] and continue through Saturday [US time],” the advisory said.

“The center of Bud will be near … the southwestern coast of Mexico late Friday and Saturday [US time],” the center said.

The official forecast track does not show the hurricane making landfall in Mexico.

Bud is the second named tropical storm of the East Pacific hurricane season.

There was an advisory in place for mariners.

The National Hurricane Center warned that Bud is expected to bring 100 150mm of rain along Mexico’s southwestern coast, with possible isolated amounts of 250mm.

“These rainfall amounts could produce life-threatening flash floods and mudslides.”

Swells generated by Bud will begin affecting some coastal areas Thursday, and “are likely to cause life-threatening surf and rip current conditions,” the hurricane center said.