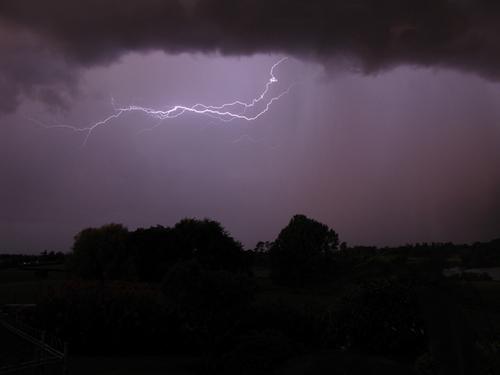 Ms Martin, who lives in Sydney, says the hail was “crazy” and expected some damage by day break today.

Ms Martin says it was the loudest thunder she had heard in some time.  “It was deafening…completely drowned out the television or any conversation you were having”.

“The thunder was so loud it was like an earthquake…and the whole house shook”.

The thunderstorms were so strong even lightning trackers used at WeatherWatch.co.nz based in New Zealand were detecting a couple hundred flashes an hour.

Weatherzone says the downpour caused temperatures to drop from 31 degrees to 16 degrees.