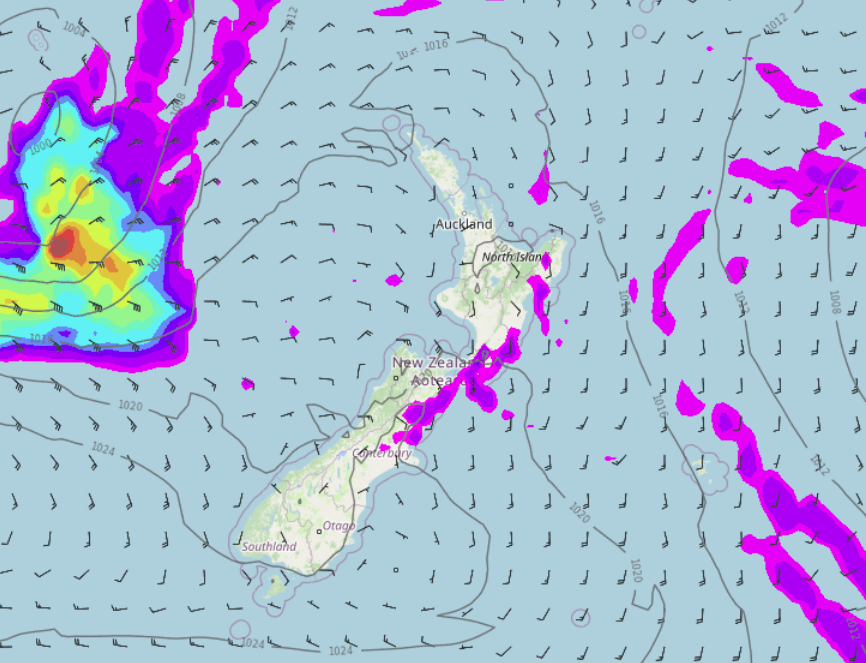 A southerly airflow brings showers to eastern regions today, conditions clearing up about the far south. Dry with some sun in the west.

Eastern North Island
Mostly cloudy with a few showers developing around midday for Wairarapa then spreading northwards during the afternoon, south to southwesterly winds.
Highs: 19-22

Wellington
A cloudy day with southerlies freshening in the morning, showers develop towards midday then clear at night.
Highs: 17-18

Canterbury
A cloudy day with showers, easing and clearing in the evening. Southerlies tend northeast in the afternoon about South Canterbury then further north later on.
Highs: 14-16