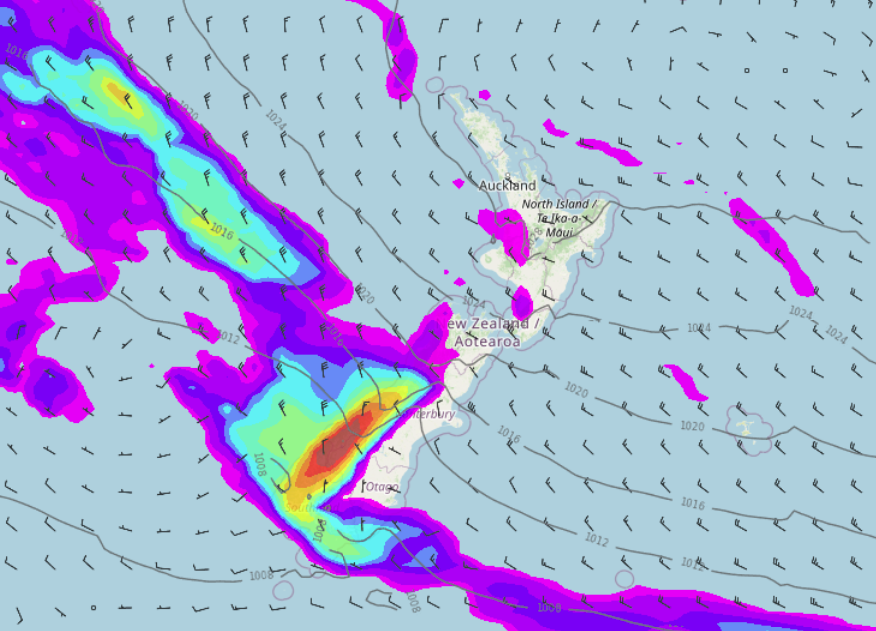 A front moves onto the South Island today in a northwesterly airflow, expect very heavy rain for the West Coast. A few showers for the western North Island also, mainly dry in the east.

Northland, Auckland, Waikato & Bay Of Plenty
Areas of cloud and some sun at times, chance of a shower or two also especially about the Waikato and Northland. Northwesterly winds.
Highs: 16-17

Marlborough & Nelson
High cloud, some sun may break through at times. Overnight spits of rain. Northwesterlies becoming gusty in the afternoon.
Highs: 14-16

Southland & Otago
Mostly cloudy. Rain develops in the morning for Southland, also expect rain about the Lakes District with heavy falls in the west. Other parts of Otago may see some rain for a time, mainly later in the day. North to northwesterly winds.
Highs: 12-15