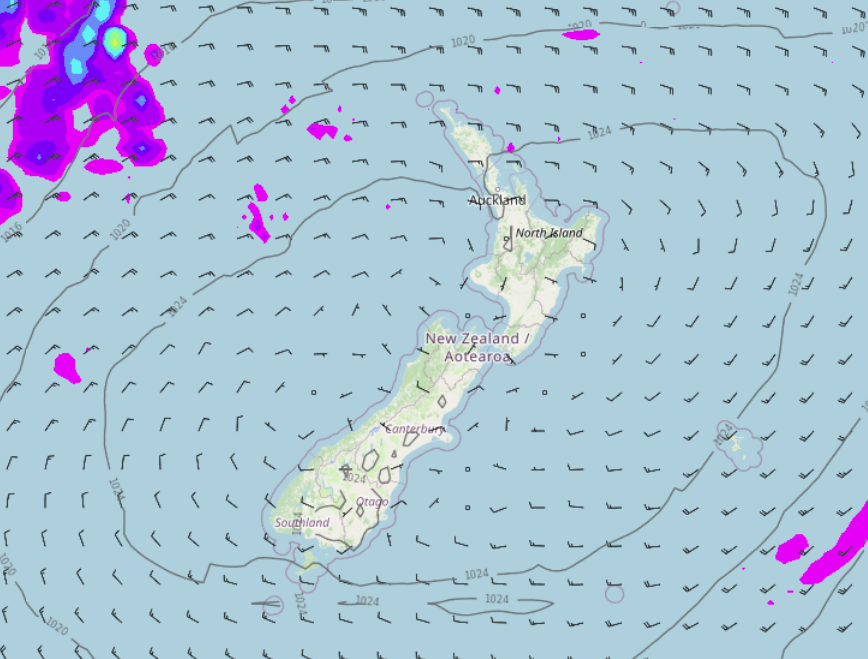 Northland, Auckland, Waikato & Bay Of Plenty
A mix of sun and cloud, cloud a little more extensive in the east from Coromandel up through to eastern Northland bringing occasional showers. Easterly winds.
Highs: 23-26

Wellington
Sunny areas and some high cloud, light winds may tend to the south.
Highs: 20-25

Marlborough & Nelson
Some sun but some high cloud too. Easterlies for Marlborough, afternoon northerlies for Nelson.
Highs: 20-22

Canterbury
Mostly sunny with some high cloud, there may be some low cloud or fog morning and night especially inland. Light winds tend east to northeast after midday
Highs: 19-26

West Coast
A mix of sun and cloud. Winds are light tending to the west or southwest after midday.
Highs: 22-25

Southland & Otago
Mostly sunny with some high cloud, there may be some low cloud or fog morning and night however especially inland. Light winds tend onshore after midday.
Highs: 19-25