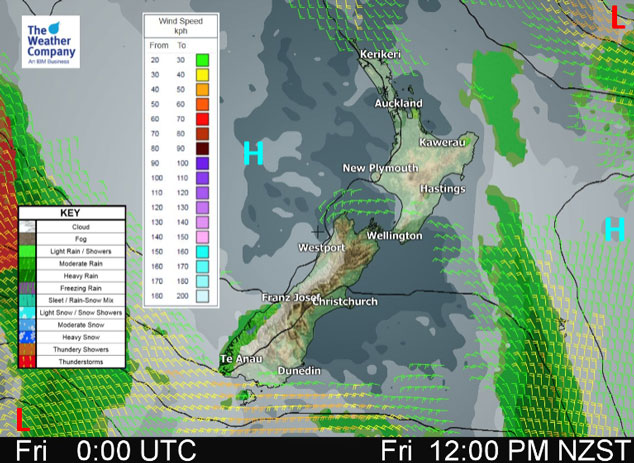 Western North Island (including Central North Island)
Morning cloud, may be a light shower then mostly sunny in the afternoon. Light winds then westerlies after midday.
Highs: 16-19