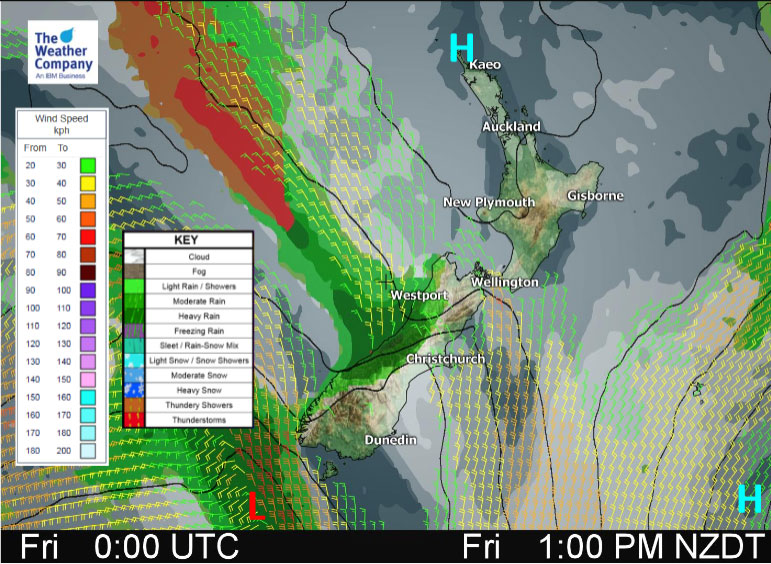 A ridge brings mainly settled weather to the North Island today meanwhile frontal activity brings heavy rain to the West Coast of the South Island and dry weather out east.

Canterbury
Mostly sunny with some developing high cloud, heavy rain develops about the high country in the evening with the chance one or two spots of rain may spread further eastwards. North to northwesterly winds pick up after midday.
Highs: 28-31