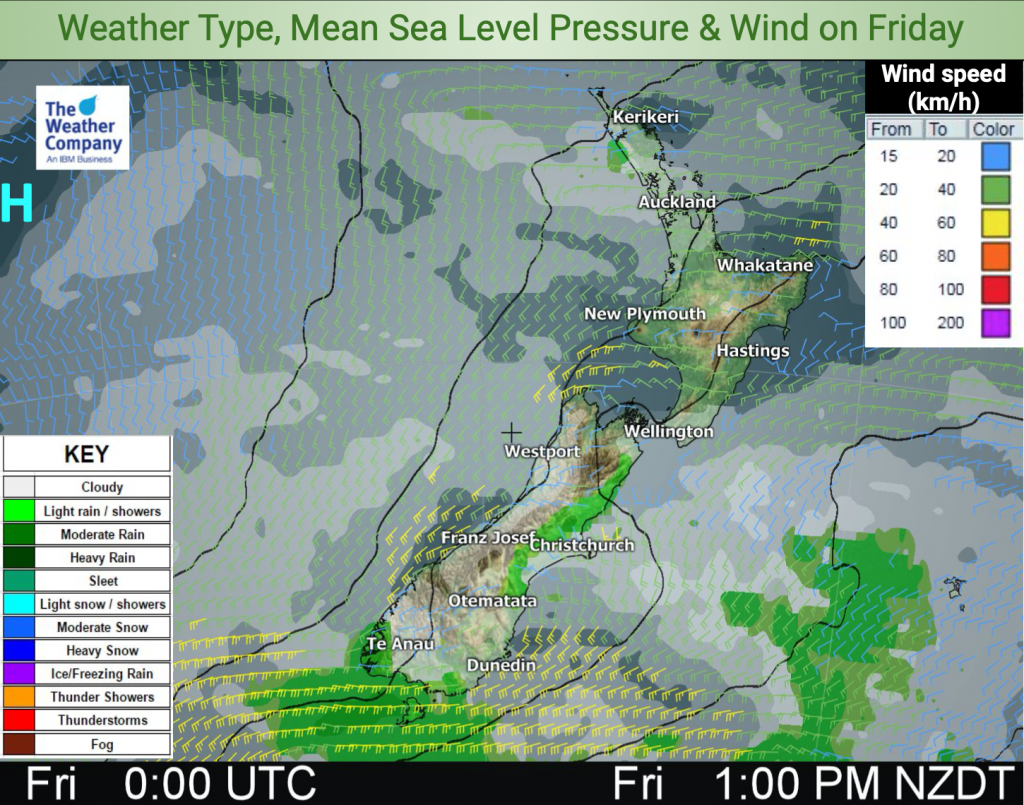 Morning cloud with the odd shower for the western North Island then sunny spells increase this afternoon, Northland doesn’t see the odd shower till midday then clearing there in the evening. Winds breezy from the southwest. The Bay Of Plenty has some morning cloud then mostly sunny. Cloud thickens up in the morning about Wellington bringing the risk of a light shower, showers more likely in the evening. Cloud thickens up about Wairarapa this afternoon, showers by evening. Mostly sunny weather about Hawkes Bay and Gisborne with light winds tending to the southeast in the afternoon.

Some cloud for the West Coast of the South Island, the odd shower possible otherwise mainly dry, west to southwest winds pick up from midday. Nelson has a mostly sunny day, there may be some high cloud. Mostly sunny for Marlborough then some cloud develops in the afternoon, the odd light drizzle patch possible by evening. Canterbury has a mainly cloudy day, the odd drizzle patch or shower, showers a little more persistent from evening Banks Peninsula southwards. South to southwest winds tend east to northeast in the afternoon.

The odd shower about Southland and perhaps Otago at times, mostly cloudy and dry otherwise. Showers more likely from evening as southwesterlies strengthen.

High’s in the low to mid twenties for the western North Island today, reaching into the high twenties for parts of Hawkes Bay / Gisborne. Only Nelson and Marlborough get into the mid twenties today for the South Island, temperatures in the high teens or low twenties elsewhere.