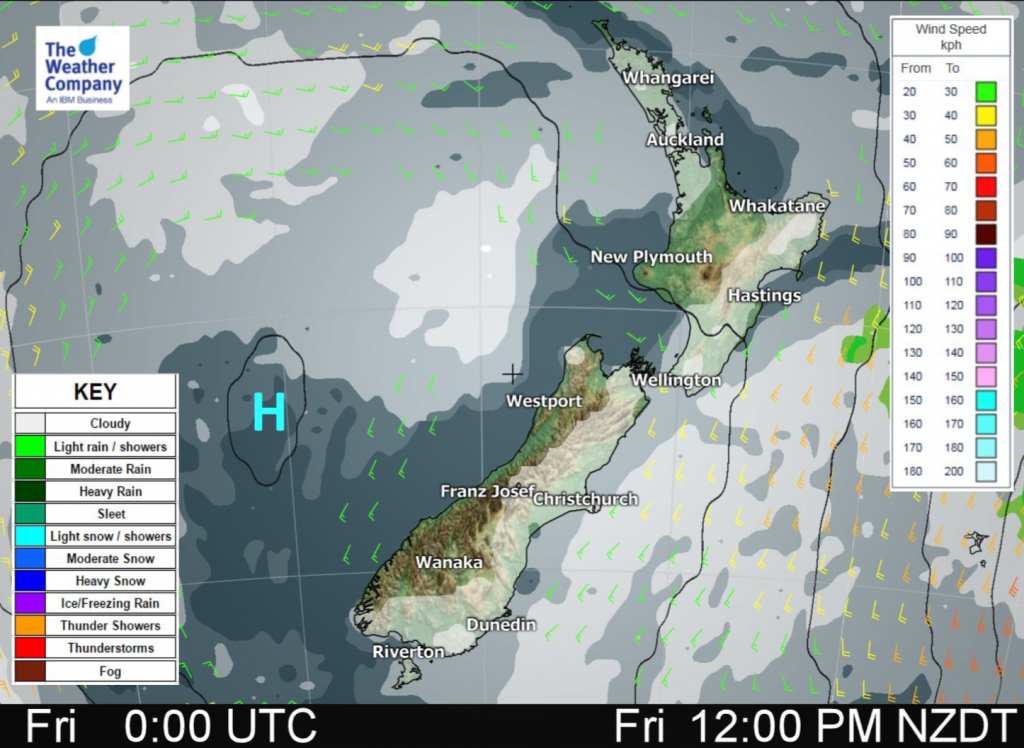 Fairly settled over most of New Zealand today due to a large anticyclone. A south to southeasterly airflow moving around this high gradually eases over the North Island.

Northland, Auckland, Waikato & Bay Of Plenty
A mix of sun and cloud, areas of cloud may be thicker at times especially in the west. Light winds.
Highs: 16-19

Western North Island (including Central North Island)
Mostly sunny, there may be some cloud from afternoon as light winds tend southeast (more so about the ranges to the east).
Highs: 13-17

Canterbury
Morning cloud then mostly sunny this afternoon near the coast, inland areas may see cloud hang around for much of the day. Afternoon easterly winds.
Highs: 14

West Coast
A mix of sun and cloud with west to southwesterly winds.
Highs: 14-16

Southland & Otago
Mostly sunny after any morning cloud clears for Southland and Central Otago, westerlies. Coastal Otago has a mix of sun and cloud with southwesterlies.
Highs: 13-17