El Nino looks to be a no-show 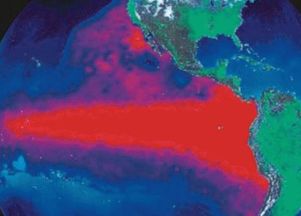 NOAA has called off its El Niño watch five months after raising the alert as it is now less likely that the much-feared phenomenon that can wreak havoc on global weather will emerge.

Since June, the weather service had predicted that El Niño conditions, essentially a warming of waters in the equatorial Pacific Ocean that can cause a major drought in Asia, would develop gradually during the Northern Hemisphere winter.

For New Zealand, El Nino tends to bring stronger or more frequent winds from the west in summer, leading to drought in east coast areas and more rain in the west. In winter, the winds tend to be more from the south, bringing colder conditions to both the land and the surrounding ocean.

In spring and autumn southwesterlies tend to be stronger or more frequent, providing a mix of the summer and winter effects.

“The previous El Niño watch has been discontinued as the chance of El Niño has decreased,” the Climate Prediction Center said Thursday in its monthly report. The CPC is part of the National Oceanic Atmospheric Administration (NOAA).

While the chances of El Niño are low, the CPC said the tropical ocean and atmosphere may still resemble a weak El Niño at times, with sea surface temperatures above average.

“While the development of El Niño, or even La Niña, cannot be ruled out during the next few months, … neutral is now favored through the Northern Hemisphere winter 2012-13,” it said.

La Niña is El Niño’s less infamous counterpart and cools the waters in the equatorial Pacific.

WeatherWatch.co.nz and The Weather Channel