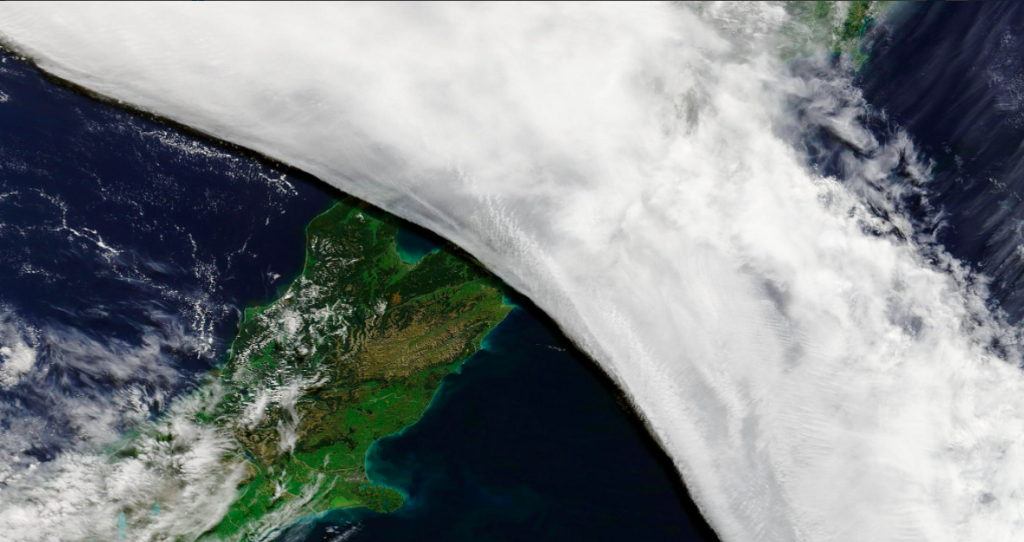 Updated 5:31pm — A big brilliant white cloud was draped over Aotearoa New Zealand on Wednesday but it was running on an angle across the country not north to south, making for a stunning image as the sun came up.

As captured by the Himawari satellite this morning the rising sun and the thick cloud over central New Zealand made for a stunning shadow from the brilliant line of cloud.

The cloud is being caused by a front that earlier this week brought heavy rain to the West Coast. The front then detached itself from the low in the Southern Ocean that created it and is now falling apart over the North Island as it is increasingly smothered by high pressure. 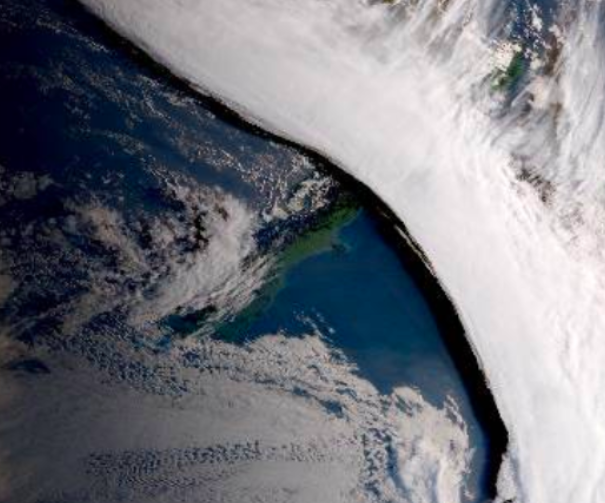 4PM WEDNESDAY (BOTH BELOW): 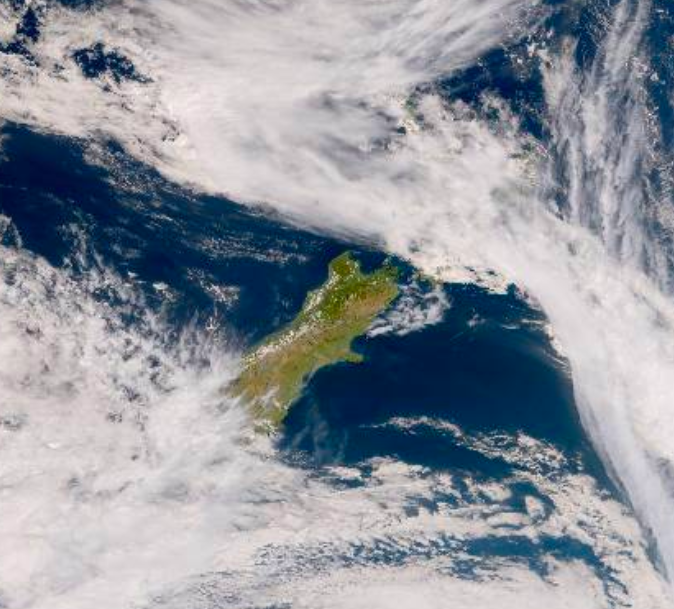 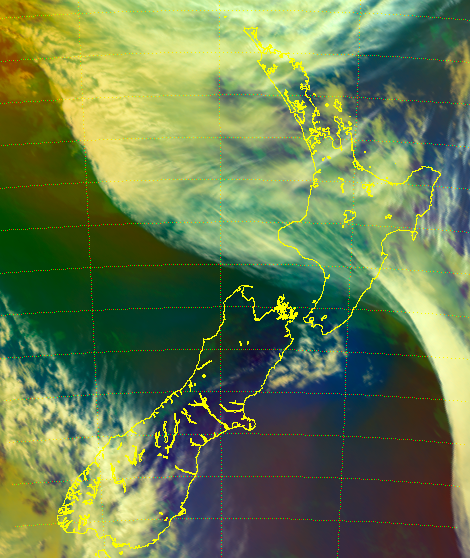 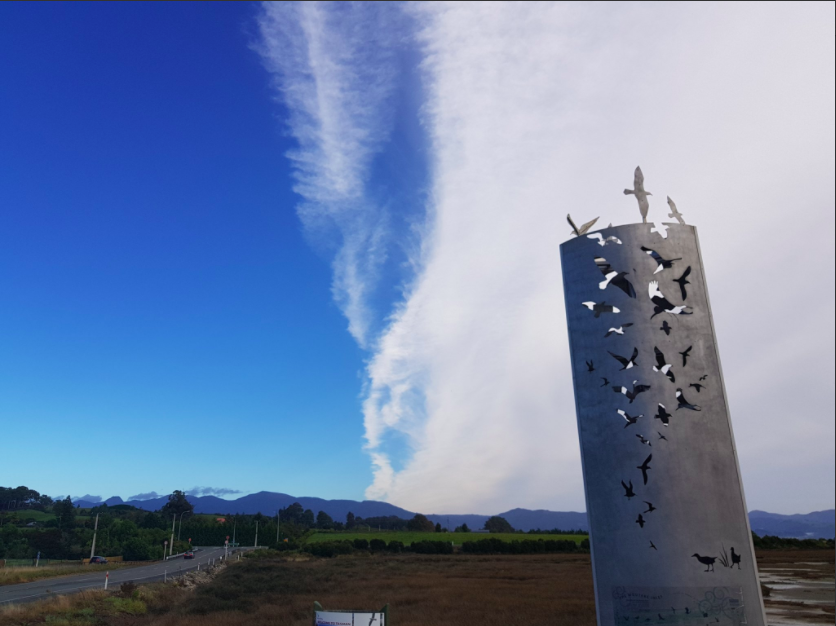 “Can confirm its shadowy in Motueka!” Sam James told us on Twitter Thursday morning, his photo showing the clear back edge of the Cold Front. (@samjamez)

“Hey @PhilipDuncan NASA got an AWESOME photo of the “back of the front” from this morning. (via LANCE-MODIS) You could add to your album of pics!” – By ROSS P (@Rosspnz) 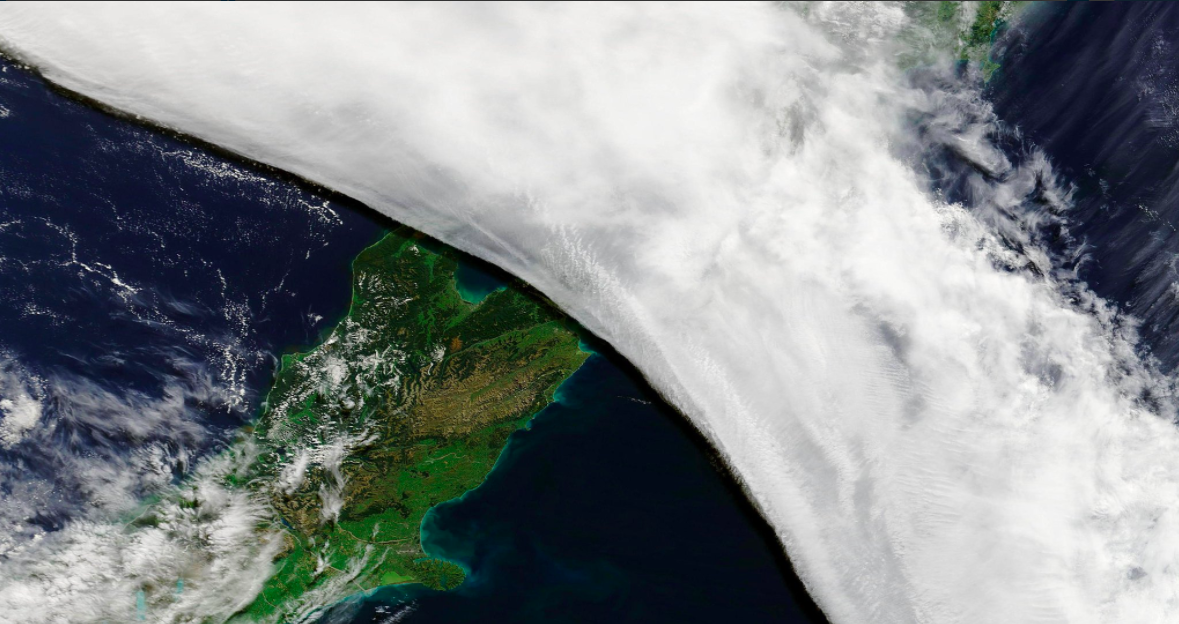