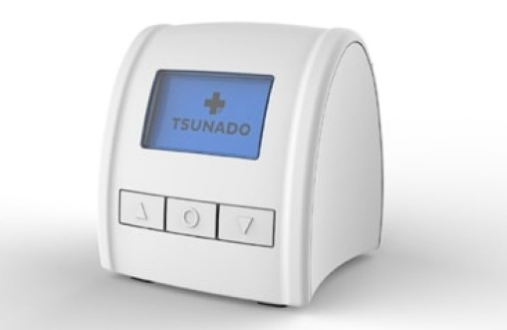 Stuff.co.nz — When a tsunami heads New Zealand’s way, the Ministry of Civil Defence and Emergency Management wants an official text message sent to every cellphone in its path.

Prime Minister John Key announced the focus on a tsunami text-alert system earlier this month. It is estimated to cost $20 million.

The Civil Defence Ministry said it was focusing on cell broadcasting technology, geographically-focused to send alerts to people in the area at risk.

“Whilst every system has pros and cons, a public alerting system that can push out alerts to mobile phones within geographically targeted areas will be both effective and cost efficient in the New Zealand context,” the ministry said.

The ministry had rejected an earlier prototype; the Tsunado, a radio alert system.

If an emergency struck by night, the Tsunado would use FM radio and satellite to remotely turn on.

It would make a sound loud enough to wake someone up, then on its screen provide a short message about the nature of the emergency and instructions from Civil Defence.

In a daytime emergency, Tsunado would use the internet to send messages to phone apps and social media feeds, using its GPS chip to send alerts to specific affected areas, down to a single street level.

It was developed in conjunction with two Civil Defence groups over 18 months, with $500,000 of taxpayer money invested over three years from Callaghan Innovation.

New Zealand chief Rhys Greensill said Tsunado had seven staff at its peak and a vision of one in every home.

But in 2014 Tsunado was abandoned, and because it was not linked into the Civil Defence network, Kiwis cannot purchase the product.

“That was probably the most disappointing thing I have experienced in my 33 years of work, and the most inexplicable,” Greensill said.

He raised questions over the merits of investing in a cell broadcasting system, saying it was an ageing technology rapidly being replaced by data-based app messaging.

“I think it’s a crazy and unnecessarily expensive choice. It would cost $50 to 60 million to undertake a network upgrade which is required to enable cell broadcasting,” he said.

“This would involve upgrading both hardware and software of each cell tower across New Zealand.”

The ministry said a cell broadcasting system would be designed not to use the same channels used for phone calls and SMS-messaging, “and therefore would not be vulnerable to overloading.”