Christchurch looking good for the cricket 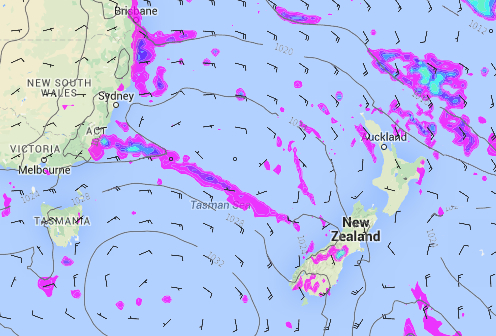 The start of the Cricket World Cup shouldn’t be marred by bad weather, according to our latest rain models – though there may be a bit of early and late drizzle around and about.

“Both Saturday and Sunday are looking mostly dry, though there will be small patches of drizzle right up the east coast of the South Island over the weekend”, says WeatherWatch.co.nz Head Analyst Philip Duncan.
“It will be drier than wetter, that’s for sure.”

The forecast for Christchurch on Saturday is looking mostly dry, with around a 25% chance of showers at some point – though it shouldn’t be enough to seriously threaten the cricket.

Easterlies will prevail over the top of the North Island, while central New Zealand can expect some fresh southerlies in the short term.
“Marlborough, Taranaki, Cook Strait and Wellington will be the areas affected by these cooler winds, although the warmer weather is not too far behind – looking set to be back for next week” Mr Duncan says.