Home > News > Chicago digs itself out of major snowsto...

Chicago digs itself out of major snowstorm (+Video) 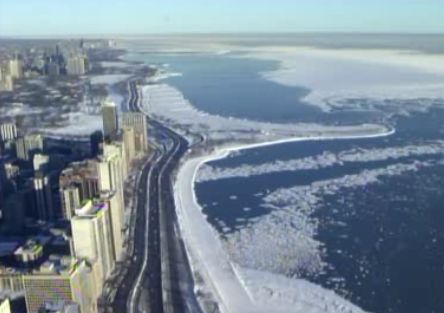 Lake Shore Drive – a major Chicago highway on the lake front – reopened yesterday morning, some 34 hours after it was closed down by a series of accidents that left some motorists trapped in their cars for 9 hours and more.

Chicago police said the roadway reopened around 5:50 a.m. Some lanes and ramps may still be closed for snow removal.

But, hundreds of people who had to abandon their cars on Lake Shore Drive during this week’s blizzard are having trouble finding them.

A series of accidents left nearly a thousand cars unable to move Tuesday evening, just as the blizzard began to intensify.

The City of Chicago towed those cars to six temporary lots, just off the Drive; and it’s telling the owners to call 311 to find out where their cars are.

But many drivers complained, the city didn’t keep track of all the cars’ license plates; so drivers were forced to shuttle from lot to lot, searching for their cars.

Once they found their cars, most were unable to retrieve them because they were parked bumper-to-bumper.

Thursday morning, tow trucks started arriving to help create some room to get each car out.