Big low to start the week 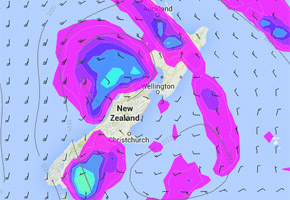 A frontal system forms a low on its southern end east of the South Island tonight, this low becomes reasonably sized by tomorrow morning covering the whole country with a central pressure of 994 millibars.

Suffice to say most places will be looking a bit unsettled, the driest weather looking to be Mid Canterbury northwards along the east coast. The wettest weather will be about coastal Otago with heavy rain looking likely, doesnâ€™t mean other places wonâ€™t be wet. So lets have a look at how things will unfold.

A front moves through the upper North Island in the morning with rain, possibly heavy with thunderstorms then easing to showers. Showers may still be heavy at times,
mainly afternoon onwards. Occasional sunny spells will make their way through
too. Temperatures ranging from 19 degrees in Northland down to 15 or perhaps 16
in the Waikato. Winds will be brisk from the west.

Expect showers for the west of the North Island Taranaki southwards, showers about Taranaki may be
heavy at times especially early morning with thunderstorms. Along the east coast
from Gisborne to Wairarapa, expect a period of morning showers then clearing to
a mostly sunny afternoon with gusty northwesterly winds. Wellington sees brisk
northwesterlies with periods of cloud and the odd shower. A high of 14 for
Wellington through to Taranaki, out east warmer temperatures in the high teens,
perhaps early 20â€™s if your lucky.

For the upper South Island, showers in the west north of Haast occasionally heavy with west to northwest winds then
clearing overnight. Nelson, Marlborough and North Canterbury see sunny spells
and areas of cloud with mainly dry conditions. The outer sounds may see showers
during the day however with westerly winds. Temperatures around the mid teens
for most, peaking at 17 degrees for Marlborough.

About the lower South Island, showers in the west south of Haast clear in the morning and
southeasterly winds strengthen. Expect rain for Southland and Otago, rain about
Otago will be heavy during the day especially near the coast with gusty
southeasterly winds. Cloud for South Canterbury with patchy showers, some rain
at times. Mid Canterbury sees cloudy spells with light winds. A high of 10
degrees for Dunedin, 11 to 12 for Invercargill and Timaru. 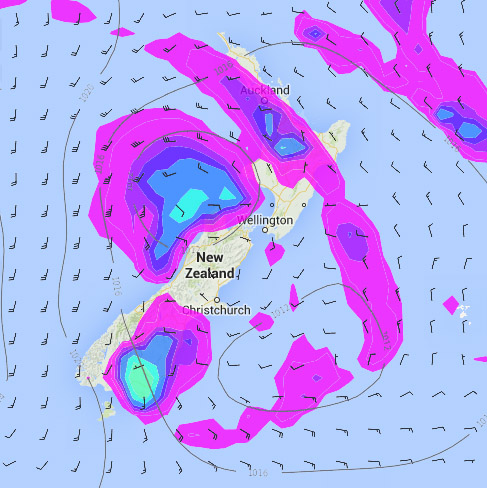