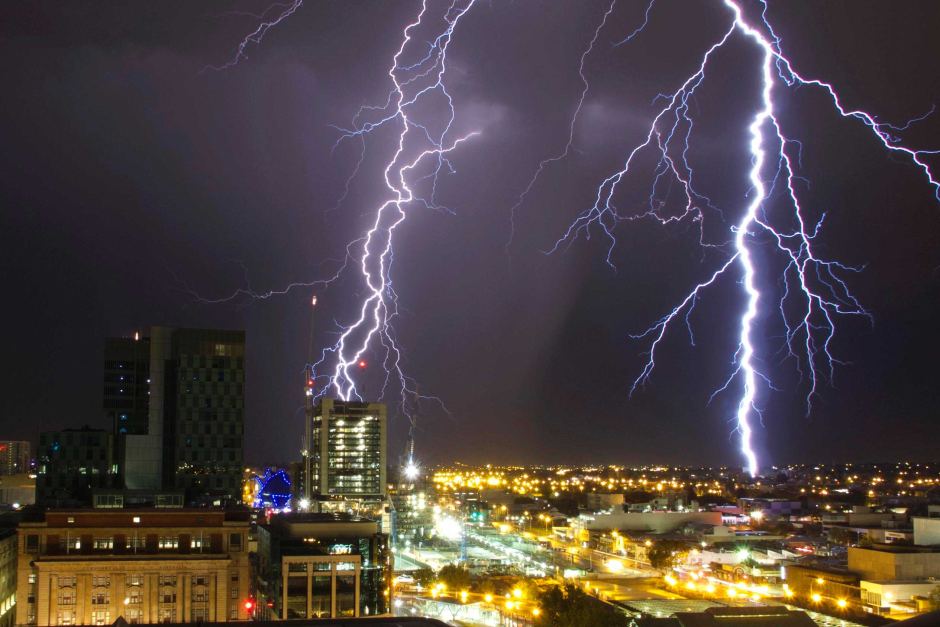 Power has been restored to most households in Perth after a spectacular electrical storm this week blacked out more than 27,000 homes.

The storms began in the southern suburbs of Perth about 11:00pm on Wednesday and continued throughout Thursday.

Western Power said repair crews were working to restore the power as soon as possible.

More than a dozen outbound flights from Perth Airport were affected, but a spokesperson said this afternoon that normal operations had resumed.

The first international departure of the day had to be delayed, and several domestic flights were also postponed.

A number of fly-in, fly-out services were disrupted, with hundreds of people waiting to leave the airport at one stage.

A remains in place for the southern half of the state, including the Gasgoyne.

People in affected areas have been warned damaging winds, hail and flash flooding may occur.

The warning for the Perth metropolitan area has been cancelled.