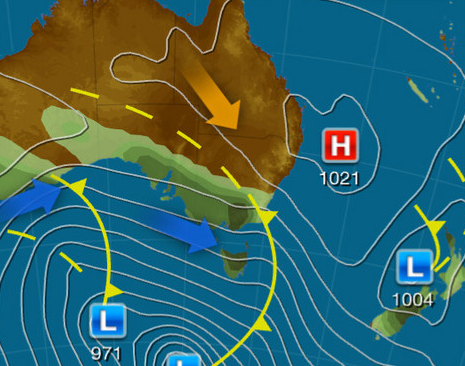 Unseasonably hot weather will affect Queensland and New South Wales next week. A stubborn high pressure system is about take up residence over eastern Australia and it’s going send the warmest air so far this season across both states next week.

Temperatures are likely to climb 5-10 degrees above average in many areas, with highs of 33 to 35 degrees on the cards across inland Qld and northern NSW. Some coastal locations in both states could see their first 30 degree day of the season.

The impending winter warmth comes after NSW recorded its warmest June in nine years and the warmest July in 15 years based on maximum temperatures. This warmth was felt most notably west of the ranges, where Bathurst, Dubbo and Walgett all had their warmest June and July in more than two decades.

Qld has also experienced a warm winter to date. The state as a whole had its warmest July on record and ninth-warmest June on record based on maximum temperatures. Mackay Airport registered its highest July temperature on record (28.9C) during the second half of the month.

Stubborn high pressure systems over eastern Australia during the last two months have also limited winter rainfall in many areas. The Murray Darling Basin had its driest June in 31 years and NSW as a whole observed its driest June-July period since 2002. Queensland’s 16th driest June on record was followed by better rain during July.

While it’s still too early to forecast next week’s maximum temperatures with a high degree of confidence, the impending late-winter warmth has the potential to challenge August heat records.

Tibooburra in NSW could reach 32-33 degrees based on current computer models, which is close to its August record of 34.1 degrees. Temperatures could nudge 30 degrees in the state’s Hunter District during the middle of next week, possibly taking Taree close to its highest August temperature of 31.4 degrees.

A cold front will flush the heat out of NSW by the end of next week, although temperatures could remain well above average into next weekend across much of Qld.