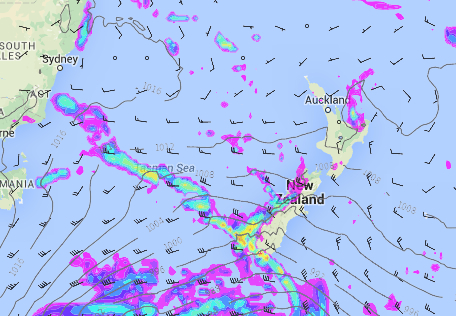 On Saturday we’re looking at an easing southwesterly airflow over the country, while in the meantime a high sits out in the Tasman Sea.

Early showers on the east coast of the South Island clear, then cloud will break gradually during the day, with southwesterlies easing in the evening.
The West Coast is looking sunny with light winds, although from Greymouth northwards, the evening could see some cloud and a shower or two.

Showers clear by midday for the east of the North Island too, then sunny spells develop in the afternoon, along with breezy cool southwesterlies easing later on.
Mostly sunny in the morning for western regions, along with winds from the southerly quarter.

Northland and Auckland have sunny areas and some cloud during the day, with southwesterly winds, and chance of a shower at times – otherwise mainly dry.