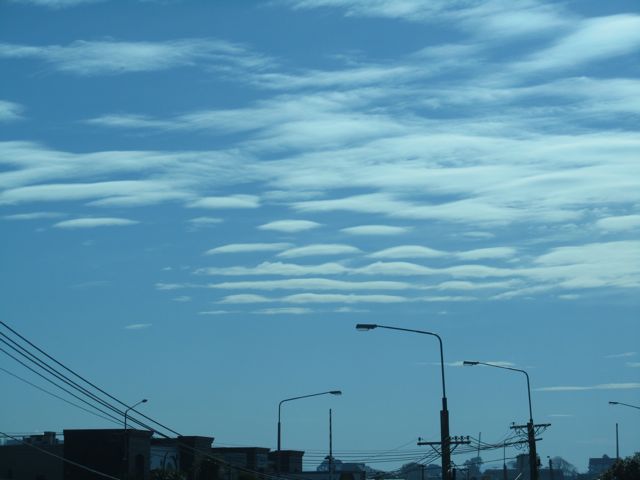 We can all get frustrated at the weather forecast and can you imagine what it was like in 1861 when the first forecasts were issued?

People have been talking about the weather for centuries, but it wasn’t until August 1, 1861 that someone finally decided to put his daily predictions into writing. And here’s the really crazy thing: the first report was actually correct.

Weather prediction goes back well over two thousand years, with the ancient Chinese and Babylonians both having a crack at it. But the most they could do was identify general weather trends, often with more than a little help from astrology. The invention of the telegraph in 1835 finally allowed weather data to be communicated in real time. By examining changing conditions over a large enough area, it was now possible to forecast with some accuracy what the weather would be like the next day.

Two British naval officers began working on the new science of meteorology in the 1840s: Francis Beaufort and his student Robert FitzRoy. Vice-Admiral FitzRoy would gain lasting fame – or, at least, lasting proximity to fame – as the captain of the Beagle during Charles Darwin’s legendary voyage. FitzRoy retired from the navy in 1851 due to ongoing health concerns, and it was with the support of Darwin that he was elected to Britain’s preeminent scientific community, the Royal Society.

During his time there, FitzRoy invented a bunch of new barometers, enlisted various sea captains to provide him with constant weather updates, and organized Britain’s first official weather service. In 1859, a steam clipper named the Royal Charter was lost in a terrible storm off the coast of Wales with at least 450 dead. This prompted FitzRoy to create charts that would allow him to really start predicting the weather – or, as he coined the phrase, “forecasting the weather.”

And so it was precisely 150 years ago that the first ever weather forecast appeared in the Times of London. Here were his predictions for Britain:

Admittedly, those were some pretty basic predictions, but they had one overriding virtue: they were accurate. Yes, for at least one day, meteorology had a 100% success rate. Of course, that didn’t last long, and FitzRoy began to face pressure on all sides, both from those angry with inaccurate reports and those simply irritated that he was predicting bad weather at all — in particular, fishing fleet owners were upset about losing business when their fishermen refused to head out to sea in the wake of an unfavorable FitzRoy prediction.

Tragically, FitzRoy suffered from what we would now recognize as depression, and this coupled with longstanding health and financial concerns and the stresses of running the Meteorological Office led him to commit suicide in 1865. Despite this tragic end to his career, FitzRoy’s legacy endures as a scientific innovator and meteorological pioneer, and today seems as good as any to remember that, however infuriating incorrect weather forecasts might be, the fact that we have them at all is pretty damn remarkable.

Adding to your story, It might be noted that Fitzroy was also the second governor of NZ, following Hobson.

Television weather was a better quality 20-30 years ago compared to the appalling repetative narration(regardless of the weather itself) these days on the free to air ones now.

I agree with SW, as they used to show the isobars and people who knew how to interpret them forecast with a high degree of accuracy.